Feeder band spokesman said: “It is with the deepest regret that we must announce the tragic and premature death of Feeder drummer, Jon Lee. Jon took his own life on Monday, January 7th, at his home in Florida. At this dreadfully difficult time, we would ask that Jon’s family and friends are afforded the utmost privacy.” Hundreds of fans also e-mailed BBC News Online to express their condolences. “Just when we thought you’d made it,” wrote Phil from Lee’s home town of Newport. Hope you find the peace in death you didn’t find in life. Rest in peace.”Feeder was formed while Grant Nicholas was a producer, before moving to London to gain more experience.

Nichols, who was in a Cardiff band called Temper Temper. And Lee left for London to play in a new band, Reel, which became Feeder, also incorporating Japanese bassist Take Hirose. Nichols had already met Lee, who was a county sprinter until he suffered a leg injury, in Newport and moved to London afterwards. They first formed a band named Raindancer, who despite winning a TV slot on ITV Central never gained a record deal. Shortly before this, Jon was a member of Newport band The Darling Buds, although only appearing on a couple of b-sides of the “Sure Thing” single. Raindancer’s split saw bassist John Canham part ways with the band, before Simon Blight followed soon after when they reformed as Hum, which was changed to Reel, before then changing their name once again to Real when Taka Hirose took over bass duties in 1995.The band signed to The Echo Label in November 1994 before changing their name to Feeder, with their debut single proper “Stereoworld” reaching #128 in the UK charts in October 1996, while the second single “Tangerine” reached #60. The first full-length album, “Polythene,” was released in May 1997 with the track “High” becoming their first mainstream hit.Produced by Chris Sheldon, it charted at #65 in the UK and was certified Silver for sales over 60,000 copies in 2003 when the band had already broken through. Metal Hammer magazine included it in its Top 20 Albums of 1997 list at #1. It would later (in mid 2017) upgrade to Gold status for 100,000 units.The follow-up album, “Yesterday Went Too Soon,” was produced by Nicholas and went into the charts at #7, as their success grew.

Released in August 1999, the album was a much quicker commercial success than its predecessor (entering the UK album chart at #8 and certified Silver in 2001, with this being upgraded to Gold in 2003). The title track was the band’s first UK Top 20 hit.Two years later, the band released their third and also breakthrough album,” Echo Park.” Produced by Gil Norton (Foo Fighters, The Pixies, Echo & the Bunnymen and James), the album peaked at #5 in the UK and was also certified Gold, but in its release year, before going Platinum in 2003. It contained their debut Top 10 single “Buck Rogers.”Lee’s funeral took place at St. Mary’s Church in Newport on January 18, 2002 where thousands of fans showed up alongside family and friends to pay their own respects. Matt Page, Feeder’s manager, read “Do Not Stand at My Grave and Weep”, as requested by Lee’s father. Feeder’s 1997 single “High” was also played during the ceremony, during which Grant Nicholas gave the following statement:Jon had such a taste for life, which makes this whole thing such a mystery to us all. He could be the life and soul of any party. Yet, quiet, sensitive and understanding to anyone that needed a friendly ear. I always felt there was a raging fire in his soul which he channelled into his drumming; showing no fear to anything he put his hand to… hope you are at peace now, Jon boy. Forever young. Your friend always.Feeder decided to continue, with Nicholas saying, “Jon would have wanted us to carry on.” Nicholas has also spoken of his regret he did not answer a phone call from bandmate Jon Lee made 20 minutes before he hanged himself because the caller was not identified by caller ID. He later left and went to bed. “I wish I could turn the clock back now,” Nicholas said. “Maybe if I’d spoken to Jon and talked some sense into him, then maybe I could have… Maybe he hadn’t even decided to do it then… you just never know.”A July inquest at Tredegar, south Wales, heard Lee had also phoned Brazilian model wife Tatiana Englehart at work, warning he was “going to do something stupid.” She returned to their home to find her husband hanging from the garage rafters, with three notes pinned to his chest and a fourth on the hallway floor.

Nicholas and Hirose have said the drummer was torn between his wife, and their two children, and returning to the UK. Lee was buried at St. Woolos Cemetery.The band kept out of the public eye, until the album was nearing its completion. An instrumental demo of “Come Back Around” was recorded before Jon’s passing, with lyrics written later on by Nicholas. The first play of “Come Back Around” was the first time since Jon’s death that the band made any public appearances and released new material. The single charted at #14, while the follow-up “Just the Way I’m Feeling” made the Top 10, both singles appeared on their fourth album “Comfort in Sound,” also produced by Norton, which although charting one place lower than “Echo Park,” became their first Platinum seller. Former Skunk Anansie drummer Mark Richardson helped the band out on drum duties for “Comfort in Sound” and subsequent live performances.The band’s first official live appearances after Lee’s death was at the Reading/Leeds Festivals, which saw Grant dedicate “Quick Fade” to “absent friends.” Thousands of fans turned up, with many being forced to watch outside as the tent went over capacity. The South Wales Argus noted the gig as an opportunity for fans to collectively pay their final respects to Jon, while giving their performance a positive review. Kerrang! magazine would later give the band a perfect 5/5 score (KKKKK), for the same performance.Earlier in the year, the band were invited by Melvin Benn, the owner of the festival to headline the first day of the main stage, before turning down the offer as they did not want to play such a high-placed slot so soon after Lee’s death, so requested to play a much more low-key slot headlining the second stage.In 2003, frontman Grant Nicholas dedicated the band’s win for “Best British Band” at the Kerrang! Awards to Lee, calling it the award he always wanted the band to win. In 2006, the band released a singles album, entitled “The Singles” in which Jon features on many of the album’s tracks. The album quickly became a platinum seller.

Richardson was made the band’s permanent member for their fifth studio album “Pushing the Senses” in 2005. In 2006, an unreleased and incomplete 1998 recording named “Uptight” was released as a B-side on the “Lost and Found” single, with Grant Nicholas recording the track’s final vocals eight years after the initial 1998 recording. The song features Jon Lee on drums and is to date as of 2020, the last released recording involving Jon.Richardson left Feeder in 2009 to return to a reformed Skunk Anansie, before Karl Brazil took over the drums. Nicholas later claimed that the chemistry he feels between himself and Brazil is very much the same way that he felt with Jon. Feeder’s 2012 album “Generation Freakshow” features the track “Hey Johnny” which is written in dedication to Lee. In 2017, Lee would make a posthumous return to the top 10 of the UK Albums Chart, when The Best of Feeder charted at #10 in October of that year.As a past member of Feeder, Jon was posthumously inducted into the Kerrang! Radio Hall of Fame on the August 9, 2019, for “Distinguished Services to Rock.” 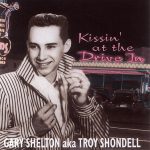